Stay up to date with our blog 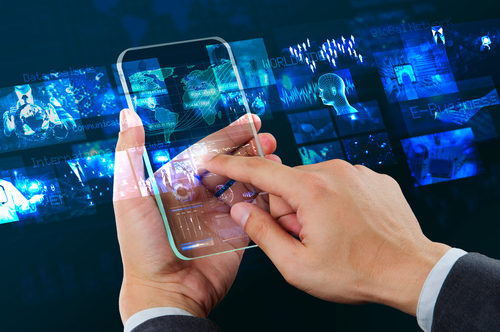 Imagine a life without phones, computers and no form of telecommunications existing – thanks to  photo chemical etching, you don’t have to.

17th May marks World Telecommunications Day, which celebrates the invention and constant evolution of how we communicate with one and other. From the moment that the telephone was invented by Alexander Graham Bell in 1876, the communications industry was to change forever.

The Evolution of Telephones

If it wasn’t for Bell’s directly connected early design, everyday devices such as the iPhone might never have been thought of. Although on the face of it, Bell’s invention and modern day phones appear to be from different worlds, they all possess three main parts:

All of these vital components can be manufactured via the  photo chemical etching  process, which has been used extensively by the communications and electrical industries to supply small, but highly important, parts of the highest quality.

A landline phone was the only option for households to call other phone users. That was up until the 1980s when the mobile phone was introduced, initially as a clunky device that required a bag to carry around in.

The advancement of technology, mixed with  chemically etched  materials, now means that we can store a mobile phone in our back pocket with the ability to browse the internet while making calls anywhere in the world.

Without the invention of the radio, broadcasts of any kind were impossible – meaning that the only source of information was the morning paper. Going an entire day without information being available in the present day would be unthinkable.

Many believed that the television signalled the end of the radio, but as we know the two forms exist cohesively – both as forms of communication and entertainment.

Without the etching process, manufacturers would not have the materials required to create any of these celebrated forms of communication. The telephone would have just been a pipe dream, and computers would not have even been that.

Celebrated figures such as the aforementioned Alexander Graham Bell, Alan Turing and John Logie Baird would not be remembered by history as they are today without  chemical etching.

For more information on how your business can benefit from etching, please call the Qualitetch team on 01354 658787.

If you’ve got questions, dont hesitate to ask or visit our FAQ page.

Leave us your contact details for a free no obligation quote.

Drop Us A Hello

Get in touch with our customer support team by email or phone.

say hello >
Another great interesting design idea, who fancies a go? If you have a new or existing engineering design project t… https://t.co/y1l9rNWE9J
11:28 AM Jul 1st|@qualitetch

Get email updates from us, we won’t share your email address

thanks for signing up to our newsletter